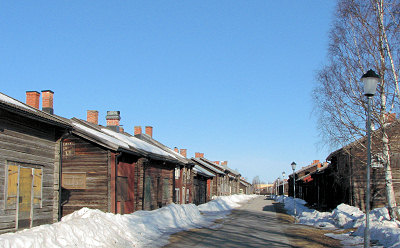 Skellefteå Church Town “Bonnstan” is one of the most well preserved 19th Century Church Towns of its kind and remains pretty much unchanged since it was built between 1830 and 1840. 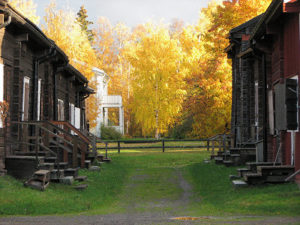 Families who lived miles away and therefore had to travel far to attend the Sunday masses at the city church built a Church Town only as a temporary home. Church towns were built near almost every church in Västerbotten, Norrbotten and the Finnish region of Österbotten. 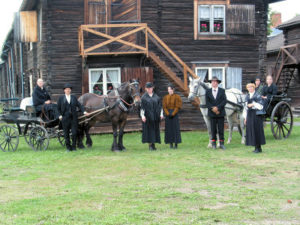 The Church Town has existed since the 17th century and is a result of the Swedish conformist movement and the dawn of the Protestant Church in 1527. The Church was looking to achieve an effective education of Christianity among the Swedish population as described in Luther’s writings. This resulted in a demand of continuous visits to the church with rigorous tests performed by the local priests at people’s own homes. 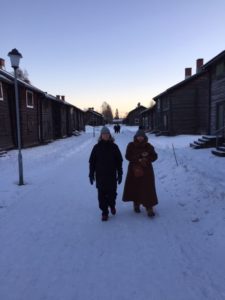 So, as the people now had to come to church every Sunday and obviously also on all the religious holidays, those demands had greater impact on people who lived up here in the North compared to those in the South and their shorter distances. Unsurprisingly, those great distances caused more people in the north to fail in their education. This led in 1681 to an agreement between the priests and the village leaders called “the Church Ride”. This meant that the people who lived within 10 kilometres from a church had to attend every Sunday and that those that had between 10 and 20 kilometres should attend every other Sunday. If you had 20 to 30 km you should visit every third Sunday and so on. 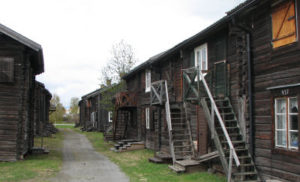 A social meaning also came forward during these weekends when people gathered in the Church Town. Among the usual messages of a religious context read out by the priest, there was also information about upcoming markets. In the Church Town itself people exchanged gossip from all over the area. For many, this was the only way to meet others outside the family and here, many young people met and relationships as well as job opportunities were established. In fact, the tradition of socialising in the Church Towns grew so strong that it continued long after the Church Plight ended during the middle of the 19th Century. 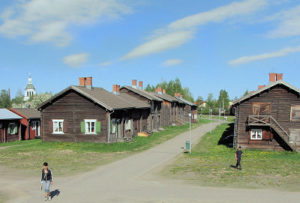