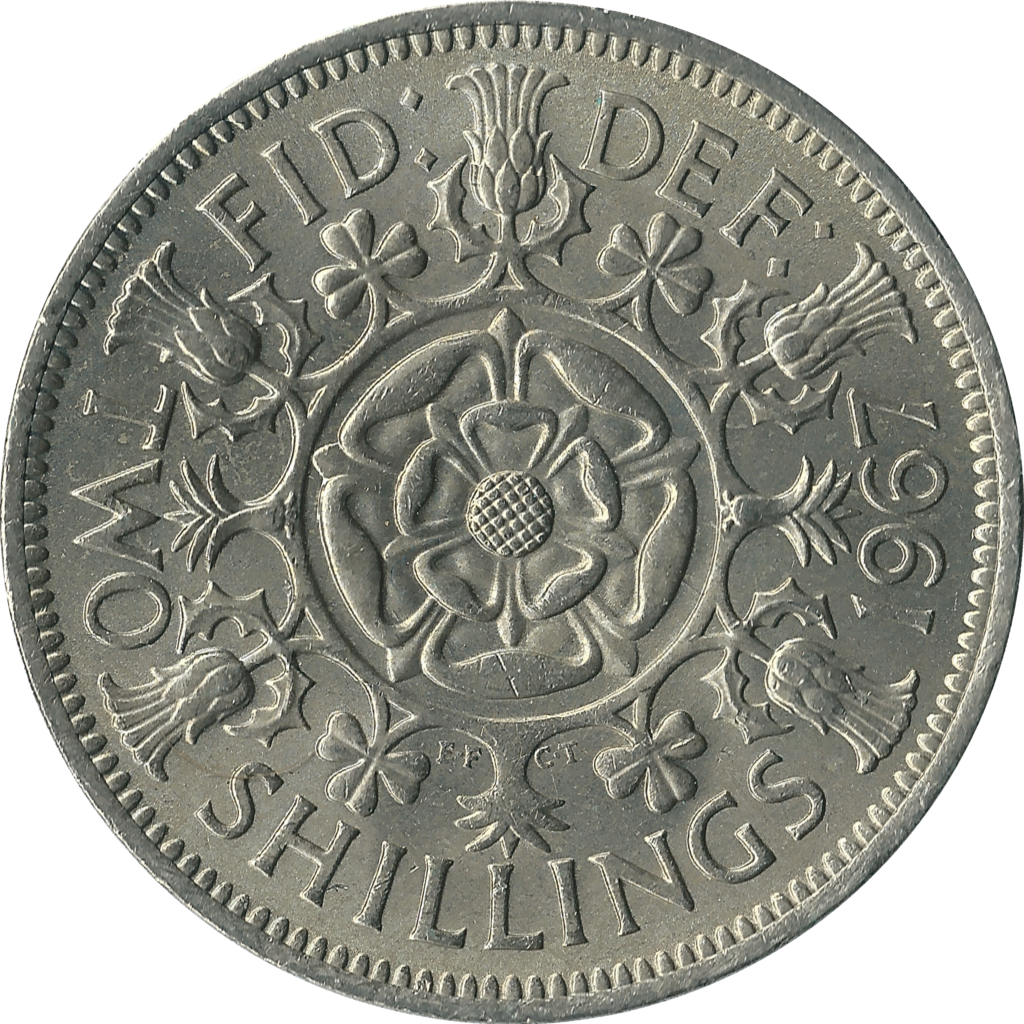 The British florin, or two shilling coin, was issued from 1849 until 1967, valued at one tenth of a pound (24 old pence), it was the last coin circulating immediately prior to decimalisation to be demonetised, in 1993, having for a quarter of a century circulated alongside the ten pence piece, identical in specifications and value. 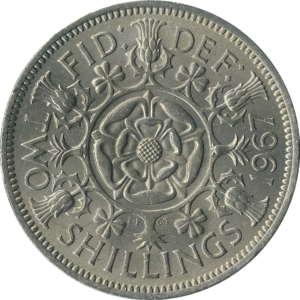 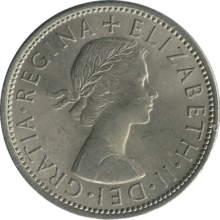